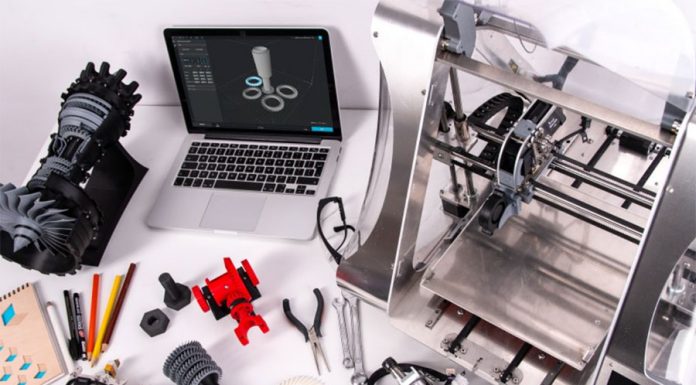 In the rapidly advancing world of 3D printing, it feels like there are new technologies and techniques emerging every week. Keeping track of the key terms can be hard – from additive manufacturing to CAD, filaments to thermoplastics, understanding the intricacies of the industry can be difficult for newcomers.

Whether you’re doing 3D laser scanning in Melbourne or Montreal, there is one 3D printing term that is synonymous, no matter where you are, or what language you speak. Asset modelling involves the utilization of scanning technology to develop detailed digital models for further replication. This can vary from simple replication on a 3D printer to refining a model for mass production – the possibilities are endless.

The underlying technology of asset modelling is some truly fascinating stuff. Let’s explore some of the elements of modern asset modelling, and how each has its place in this amazing world.

Consider a coffee mug. Depending on the sort of mug you may use, it could be large, it could be small – made with handles, or perhaps a rubber sleeve. A 3D modeller’s role is to work with a product or model, to develop a digital representation of the item at hand.

3D modellers, more commonly known as 3D artists, form a critical element of asset modelling. They have valuable domain expertise, often being exposed to 3D technologies such as scanning tools and computer-aided development (CAD) over a large period of time.

On Location – the Power of Lidar and Scanning

One type of asset modelling involves taking high-resolution scans off-site, varying from small rooms to motor vehicles. For places that can’t be placed in a scanner, a technology known as lidar can be used.

Lidar, also known as light detection and ranging or 3D laser scanning, is a type of scanning that can be used in conjunction with computed tomography and other scanning technologies, to get a high-resolution and detailed scan of an object.

One obvious benefit of this is the reduced need for destructive testing – scans can be used instead of separating to identify the underlying structures of an item, and then be replicated on a digital screen or potentially printed and reproduced.

3D modelling is more than just static objects and materials. In fact, in recent years, the emergence of cyber-scanning actors to get a 3D representation of their figures has become commonplace.

While early developments in 3D scanning meant that an actor may have had to spend hours in a scanning booth to get a single 3D model, modern technologies mean that a 3D artist can get an ultra-high resolution scan of a model using an array of high-resolution cameras.

These models can then be used (with the actor’s permission) in a wide variety of applications. From 3D animation in a film to being used in conjunction with CGI effects to produce lively post-mortem replicas of an actor (such as Peter Cushing in Rogue One: A Star Wars Story), there’s an amazing amount of potential for this technology.

In some cases, the scans of actors when they were younger can be superimposed onto stand-ins, enabling modern audiences to experience the terror of the T-800 in Terminator Salvation. Asset modelling enables this sort of marvel to happen – and perhaps one day, we’ll be able to experience films with seamless transitions between digital replicas and live actors.

Ultimately, asset modelling is a new and innovative technology in a 3D design that can be used across a variety of fields. Instead of prodding, poking, and destroying, instead, scanning can be done in a safe and harmless way for both humans and fragile objects.

It remains to be seen where this technology may emerge in future industries. Simply imagine the possibilities – perhaps high-tech asset modelling will allow designers to identify improvements in existing designs. It may be used by historians to better understand preservation methods in ancient civilizations. Or for those wanting a bit of fun – perhaps we’ll see more realistic models of motor vehicles in video games, such as the 3D representations seen in games such as Gran Turismo.

Asset modelling is just getting started, and it’ll be amazing to see what the creators of tomorrow come up with next.

The Future is in 3D

Essential Printing Products for Any Business

How to 3D Print Text?