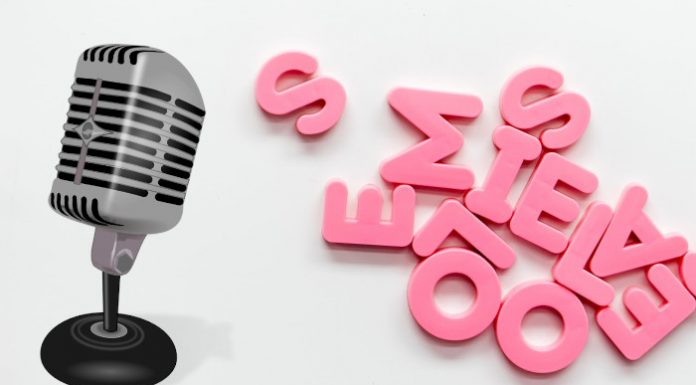 Many different programs convert voice to text on the page. These programs are incredibly popular and have come a long way since their first appearance in the late 1990s when the software was highly inaccurate. Today many programs deliver well over 95% accuracy and can be even trained up to 99.9% accuracy.

Most of us can talk two or three times as fast as even our best typing speeds, meaning these audio to text converter can be an incredible way to boost productivity on a massive level.

This is the audio to text program that most people are casually familiar with, and it is a giant in the industry. Dragon has been producing high-quality voice software for over 15 years now, and they are generally still seen as the top of the line.

Aside from Professional, there is also a Home version as well as a mobile app, depending on your needs. This software also gives you the ability to create commands to format documents via voice or create your own “fill in” commands.

Dragon is an outstanding program that has earned its place at the top of the voice to text software options out there.

This is an exceptional voice to text software and is best in app form. Real-time speech recognition is one of the best out there. There are adjustable speeds, which is good for moderately fast and fast talkers as the software can scale up and adjust to a certain extent. IBM Speech also gets some extra points for being able to sometimes work even with low-quality audio.

The interface isn’t nearly as diverse and customizable as Dragon Naturally Speaking, which means it can’t do nearly as much. However, the simple interface also makes it easy to use in many cases, and it is really popular. This can be found online and starts with 500 free minutes of use as a trial run but then pricing kicks in.

Braina Pro is a program that is a combination of a digital assistant along with speech recognition software. This PC software is solid with a high percentage of success, while the virtual assistant side will be familiar to anyone who has Siri or Alexa around the house.

There is a free version, which is good but does have a limited level of overall functionality. The paid subscription version has a full array of features. This includes an android app which allows you to access and control your PC even from a distance via the app.

Unfortunately, this is Android/PC only. There’s no Apple-friendly version at this point.

This is a speech to text program that is cloud-based and focuses mostly on mobile use, although it can be used quite well on some laptops. This app tries to carve out its niche in the voice to text market by creating a versatile tool that focuses on discussions, meetings, and situations where there might be multiple speakers. Think meetings. Think interviews. Think lectures.

These are all areas where your voice to text needs might be different from sitting and putting out a blog post or just creating your content on a day where the hands might be a bit sore or off. There are three different payment plans depending on the degree of need, like how much you will be using it or certain features that might be more useful than others.

This is a free voice to text that is included on PCs running any recent version of Windows. This is the most basic option on the list by far. It’s not as consistent as Dragon and doesn’t have some of the others’ features, but in a pinch, it can be a viable option, especially if you have a good recording headset.

These are some of the best options out there for individuals looking to get more out of their work time by harnessing the power of their voice! And if you’re looking for the other way around, a text to audio converter, read this speechify review article on software that converts text into audio.