What Is SaaS in Cloud Computing? 4 Things You Need to Know

HomeSoftwareWhat Is SaaS in Cloud Computing? 4 Things You Need to Know

What Is SaaS in Cloud Computing? 4 Things You Need to Know 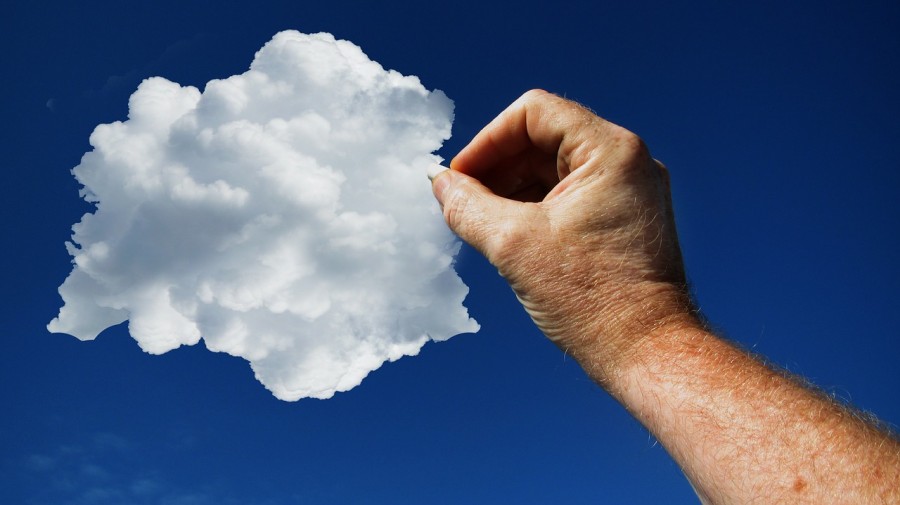 In the cloud computing world, the term of SaaS is getting more popular in the last few years. More people are talking about it, particularly in the business scope. What is actually SaaS?.

You have probably read some articles about SaaS and most of them may tell something like “SaaS is blablabla”. Don’t make it too complicated. Simply put, SaaS is the new way how we use software. When you use apps like Google Docs, Slack and Dropbox you have become a part of SaaS. In this case, you are the user, while Google, Slack Technologies and Dropbox, Inc (companies behind the apps you use) are called SaaS vendor.

SaaS itself stands for “Software as a Service”. In the context of SaaS, a web browser plays a key role in the users side. It’s because we will use it to access the software provided by SaaS providers. This is why SaaS is also called web-based software. Additionally, SaaS also often called on-demand software and hosted software.

While users can use SaaS via web browser, SaaS vendors — on the other hand — need a strong server system to handle requests from users. They need the server to host databases and code that construct application. The significant difference between SaaS and traditional software is how a software is sold. A traditional software commonly is sold as a perpetual license with an upfront cost, while SaaS commonly is sold using a subscription model.

With the massive growth of SaaS, software vendors that used to only sell traditional software (desktop-based) like Microsoft and Adobe have to adapt, if they want to survive. Currently, Microsoft has made one of its popular products, Microsoft Office, available on internet via Office 365. Adobe has also done the same thing by offering Adobe Creative Cloud.

In case you haven’t known much about SaaS, below are 4 things about SaaS that you need to know.

In the concept of SaaS you don’t actually buy the software. What you buy is service. The fact, not all SaaS providers “play roughly” by brutally offer high pricing plans. Most SaaS providers even release their products as a freemium product, allowing you to use their products for free but with basic features. You will typically be asked to upgrade your account to use more advanced features. The subscription plans offered by each SaaS provider can be vary, but they mostly offers monthly-based and annual-based subscription plans.

Despite you won’t get the copy of the software, adopting SaaS will make you be much more flexible. You can easily switch away from a certain app to another one for better features and capabilities.

Not all SaaS are proprietary

With the fact that you don’t get the copy of the software you buy, you may thing that all products offered by SaaS providers are proprietary. Richard Stallman, the founder of Free Software Foundation, is one of the figures that doesn’t agree with the SaaS concept. According to Stallman.

With SaaS, the users do not have a copy of the executable file: it is on the server, where the users can’t see or touch it. Thus it is impossible for them to ascertain what it really does, and impossible to change it. SaaS inherently gives the server operator the power to change the software in use, or the users’ data being operated on.

It’s completely true that in SaaS software is physically located at the server instead of you machine. But, not all SaaS providers hide the source code of the software they offer. Online project management tools like OpenProject and Orangescrum allow users to get the source code of the software. Thus, users who have a programming skill will be able to learn how they work.

Your data will stored to SaaS provider server

Privacy and data are always become the major subjects when it comes to online service. Before deciding to use a certain app provided by SaaS providers you have to be aware in advance that your data (including personal information like email address) will be stored to the server of the SaaS provider you use.

Each SaaS vendor typically provides a service level agreement (SLA) that you can learn in advance. In addition to setting system reliability standards, the SLA usually spells out parameters for issues, such as data ownership, security requirements and maintenance schedules.

Before SaaS becomes popular like today, Linux users couldn’t use apps like Microsoft Office and Adobe Photoshop. Now with those apps have been available on the internet, all computer users, regardless the operating system they use, have the ability to use those apps via web browser. The concept of SaaS has broken the boundaries among the computer users.

A Head-to-Head Comparison Cloud Computing and Internet of Things

Why You Should Consider Owning an Equipment Rental Software Program

How to Do SaaS Competitive Analysis to Win in Your Niche