HomeHow Things WorkWhat is the Relationship Between LEDs & Vertical Farming? 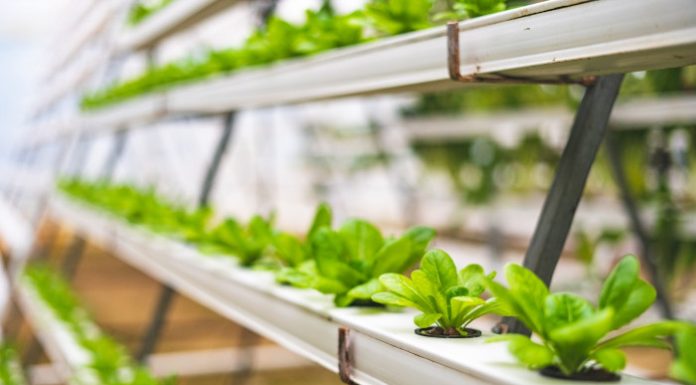 According to numerous industry experts, the explosive growth of vertical farming is being primarily motivated by the noteworthy developments that have been made in light-emitting diode (LED) tech in recent years.

For some time now, indoor growing services that relied on non-natural light were exceedingly expensive to run, and as a result, were used to cultivate only the most profitable crops such as Marijuana (in legalized states).

In Today’s world, LEDs are so affordable and so efficient that they are massively employed in the production of vertical grow lights. LEDs are, in fact, dramatically redefining the economics of indoor farming.

According to statistics from the USA Department of energy, LED prices have dropped by 90% while their lifespan and efficiency has nearly doubled. This has resulted in LEDs enabling farms to produce a variety of crops. Read on, and this review will, in detail, explain some facts you need to understand about LEDs and vertical farming.

Facts You Need to Understand About LEDs And Vertical Farming

LEDs Are Suited for Vertical Farming

Today’s LED structures are the ideal solution for indoor vertical farmers. As mentioned, they are highly energy-efficient, and studies have shown that LED lighting systems can be anywhere from 40% to 70% more energy effective than systems that use metal halide (MH) lamps or high-pressure sodium (HPS) lights; two of the most common lighting types used in indoor farming.

At present, a characteristic LED bulb has about 50,000 hours of usable life, which equates to nearly six years of continued use. Apart from these two advantages, there are some other reasons why vertical farming and LEDs make a fantastic match.

To make the most of the nominal space, many vertical farming amenities nurture crops using a sequence of stacked grow platters, sometimes as many as a dozen films high. LED lights emit significantly low heat, allowing them to be tightly packed in vertical installations without harming the crops.

LEDs Used in Vertical Farming Have A Pink Hue

If you’ve seen images of modern vertical farms, you might have noticed that the farms that use LEDs seem to be engulfed in a pink-purple glow. This distinctive shade is linked to the overall functioning efficiency of using LEDs for vertical agriculture.

Research has shown that plants respond best to red and blue wavelengths; this is because the initial plants grew millions of years ago in the sea. It is red and blue are the wavelengths that were able to penetrate underwater most successfully. A combination of red and blue colors results in a pink or purple hue.

For aspiring vertical growers, choosing an LED lighting system over outdated options is just the start of the many lighting-related verdicts that need to be finished. With regard to LEDs, there are a considerable number of aspects that cultivators need to consider.

For instance, they need to contemplate on what system types will best suit the size and existing space of their facility, the kinds of crops they’re planning to grow, and the scale of their operations. Other vital vendor-related points to consider include price, warranty options, and ease of fitting and using the system. Read the gavita pro 1700e led review if you’re looking for a great grow light for indoor planting.

LEDs Have Their Shortcomings

While LEDs are well suited to vertical farming and can bring many benefits, it’s vital to realize that LEDs are not free of problems. For instance, the most significant condemnation of LED systems is that start-up costs can be much higher than those associated with conservative lighting options.

Another potential drawback of LED light is that the pink-purple color emitted can hide indicators of crop damage from pests or nutritional deficits. It can also cause eye impairment to growers if they don’t use appropriate eye protection.

To sum it all up, LEDs are the future of farming, whether vertical or not. However, as we have seen above, these bulbs have their shortcomings, although outweighed by the positives. Therefore, some level of caution should be taken when using LED tech in vertical farming.

Everything You Need to Know About Drysuits for Diving

The Benefits of Site Capture Tech in the Construction Process

Five Things to Know Before Getting Lip Injections in San Diego