How to Get Twitter’s Night Mode on Web 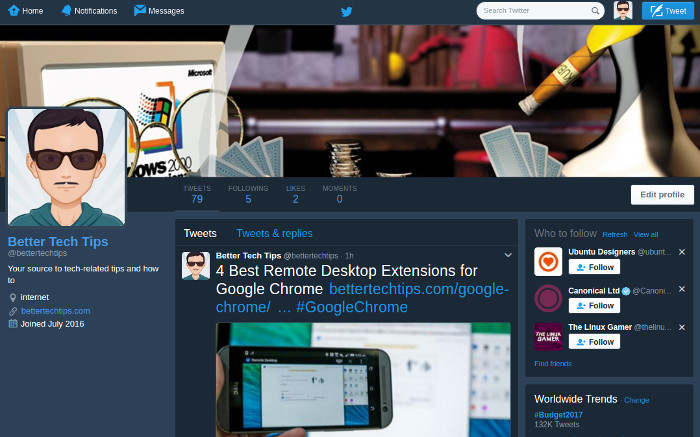 Last year, Twitter introduced a new feature called Night Mode. This feature allows you to see your Twitter timeline in a dark color, instead of white as we usually see. This is not a new thing actually. TweetDeck — an official Twitter client app that is be bought by Twitter in 2011 has been adopting this look for a long time, and still existing until now.

I don’t know if you impressed with this feature or not. But if you want to apply this dark look on Twitter web you can use a Google Chrome extension called Twitter Web Night Mode.

This extension will adds a new icon to your Google Chrome toolbar and will be active every time you click the icon. Re-clicking the icon will be deactivating the Night Mode. Quite simple. Isn’t it?.

Twitter Web Night Mode applies to your entire Twitter, including timeline (Home), Notifications tab and Message. Here’s how to get your Twitter’s Night Mode on web.

For the best electrical and electronic test results, it is necessary to check the accuracy of a Digital Multimeter (DMM), as defined by the...
Read more
Business

How to Succeed as a Translator in a Specific Branch?

The term "translator" is an elusive one, considering there are many forms of translation. Generally, when we hear that word, we immediately think of...
Read more
How To

Are you having a hard time opening an ASPX file? Get troubleshooting tips with this step by step guide on how to open an ASPX file.
Read more
How Things Work

QR Codes for Beginners: How Do QR Codes Work?

QR codes have changed the world, but how do QR codes work? This guide for beginners lists all the information about QR codes you need to know.
Read more
How To

COVID-19 has already killed more than 100,000 Americans, forcing healthcare providers to reexamine their approaches and experiment with new strategies. With the virus continuing...
Read more
How To

Getting Mystery Phone Calls? Here is How to Find Out Who is Calling You

We have all been in that scenario: we're sitting around, doing our thing when the phone suddenly calls. Our first thought is that a...
Read more