Simple Steps to Install and Use Dropbox in Ubuntu

HomeUbuntuSimple Steps to Install and Use Dropbox in Ubuntu

Simple Steps to Install and Use Dropbox in Ubuntu 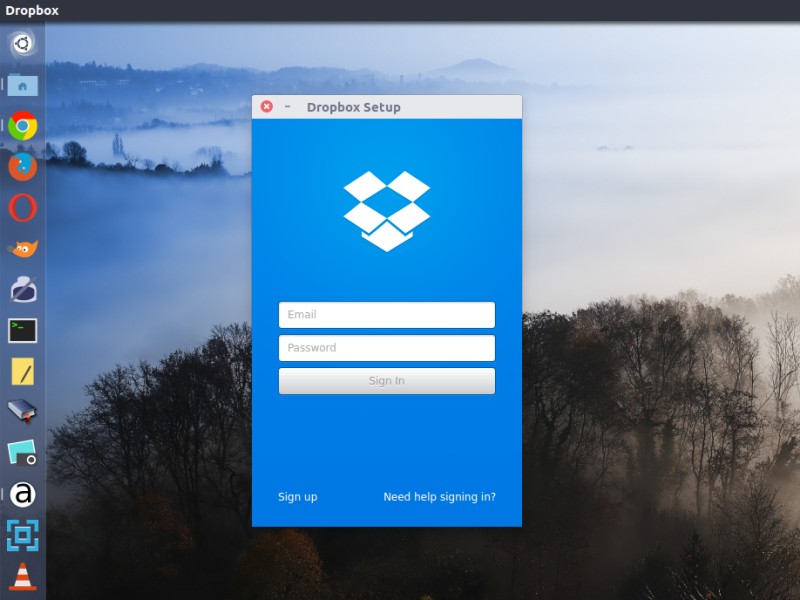 Dropbox is one of the well-known names it terms of cloud storage. Although its free plan is fewer than Google Drive and Microsoft’s OneDrive, Dropbox has a superiority when it comes to cross platform cloud storage. This is one of the biggest points considered by everyone who choose Dropbox.

Dropbox has an unlimited support for nearly all operating systems, whether it’s desktop or mobile. Ubuntu is not an exception.

Dropbox also offers a desktop client for Ubuntu (and other Linux distros). So, if you are a Ubuntu user, you can sync your files to Dropbox easily to have an online backup of them. Here’s how to install and use Dropbox in Ubuntu desktop.

Before be able to sync your local files to Dropbox, surely you need to have Dropbox installed on your machine. Thankfully, Dropbox is a fair service by offering client app for all major operating systems.

You can get the .DEB file of Dropbox here. Don’t be shocked if you see this file only sized about 95,2 KB. This is not the real Dropbox app but only some kind of a downloader/installer for the real app.

Once it’s downloaded, open your terminal and go to the folder where the Dropbox .DEB file is located by using “cd” command. Then type the following command.

Using Dropbox to sync a folder

Once the “real” Dropbox app has successfully installed, open it immediately. Assuming that you already have a Dropbox account, login with your account. Press the Sign In button and click the Open my Dropbox folder button. 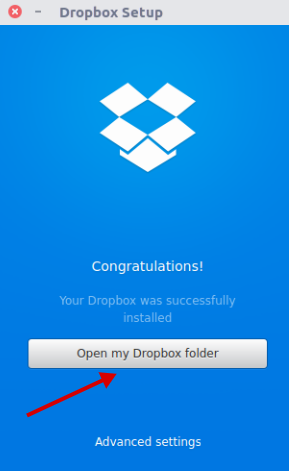 At the fist setup, you will be asked for a folder that will be synced to Dropbox. If you already do this, you can always change it anytime. Click on the Dropbox icon on the system tray and select Preferences. 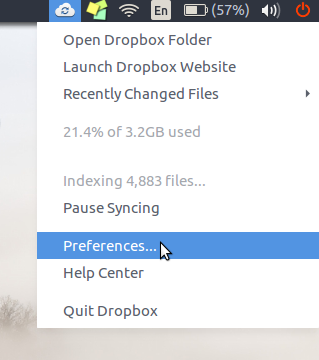 Select the Account tab and click on the Move button. On the next page, choose the existing folder within your machine or you can also create the new one. 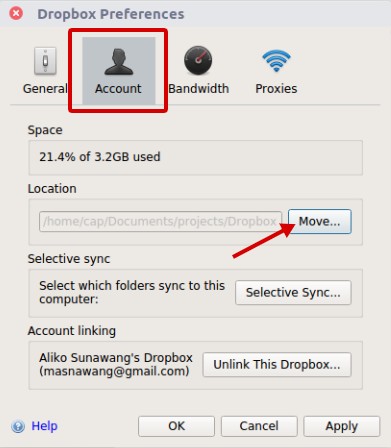 Now go to the folder you have selected. You will have a new folder called Dropbox. There is a small Dropbox icon at the right-bottom of the folder. This folder contains all folders and files on your Dropbox account. You will see them once the syncing process has finished. 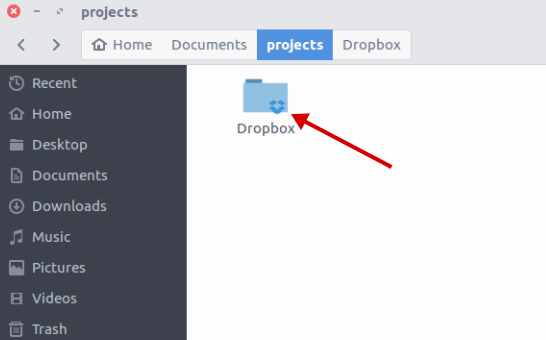 Every time you make any changes over this folder, whether adding new files/folders or editing the existing ones, it will also be applied to your Dropbox account, as long as your Dropbox account keep connected. Just gather the files you want to back up here.