How to Remove Amazon App from Ubuntu

How to Remove Amazon App from Ubuntu 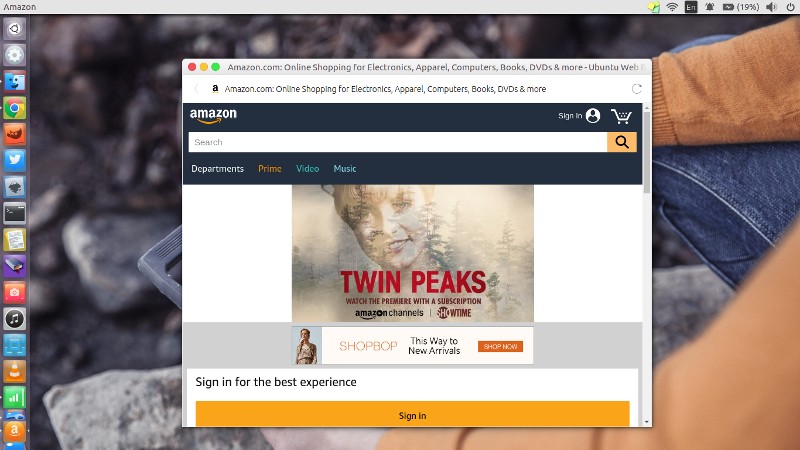 Ubuntu is one of the most-installed Linux distros. One of reasons why the distro become popular is because it comes with so many ready-to-use apps like office suite, image editing, video player and so on. But, not all Ubuntu’s default apps are really necessary and loved by users. Amazon for instance.

After installing Ubuntu on your machine, you will see an Amazon icon at the launcher row of the Unity desktop. Clicking on that icon will bring you to the Amazon site. This idea might be great for those living in the country where Amazon operates in. But, what about Ubuntu users who live outside the countries where Amazon operates in?. Short answer, they don’t need the app.

Amazon itself is a part of a package called Unity-Webapps-Common. Yes, the package will only can be found in the Unity desktop. With Ubuntu’s plan to abandon Unity in the next release of Ubuntu 18.04 LTS, chances are Amazon app will also be removed.

But, if you already fell in love so deeply with Unity and still want to use it as your desktop environment, you can remove the Amazon app by yourself.

As mentioned earlier, Amazon is a part of Unity-Webapps-Common package so you can actually remove the app with a single command.

But, removing Amazon from Ubuntu using the method above is not recommended since Unity-Webapps-Common is a metapackage containing lots of other packages. Removing the package can lead you to losing other things that you may need.

Instead of removing the whole Unity-Webapps-Common package, you better remove the Amazon’s app files manually. There are three files related to Amazon app you can delete. Open your terminal and run the commands below to remove them.