7 Commands to Get Ubuntu Hardware Info

7 Commands to Get Ubuntu Hardware Info 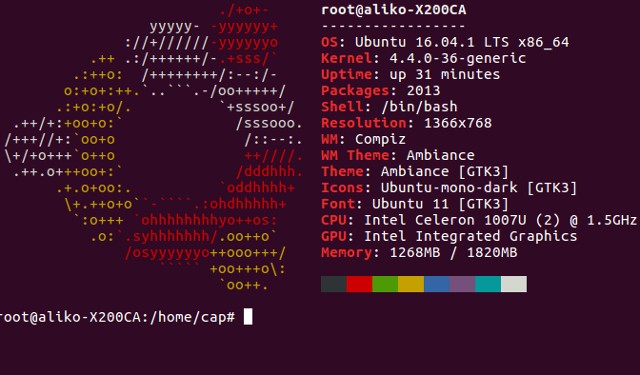 Ubuntu is one of the most popular Linux distros used by many users. It has a modern look and friendly interface, even for newbies.

One of the most frequently-asked questions regarding Ubuntu (and other distros) is that how we can get hardware information on the distro. Well, there are actually a number of tools that we can use to see Ubuntu hardware info. Including those GUI based ones. 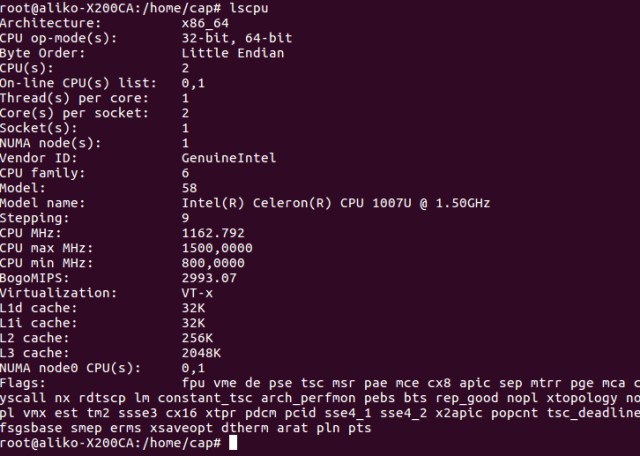 lscpu is a built-in tool that allows you to see very basic information regarding your CPU. The tool is very specific. There is no other information provided by the tool but it is useful enough. 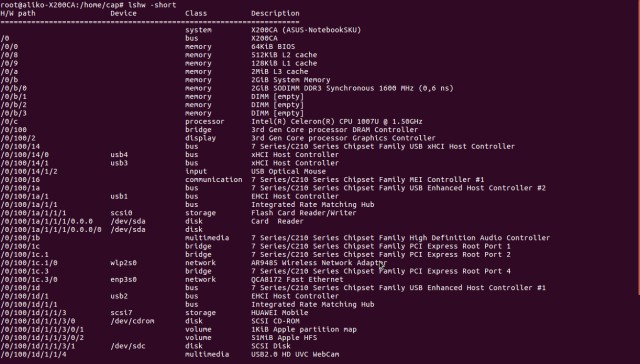 If you need more information about your hardware devices, you can use another built-in utility called lshw. The utility will bring you more info including cpu, memory, disk, usb controllers, network adapters etc. However, this tool has a long display and little bit untidy. To make it simple, you can use short option by typing the following command. 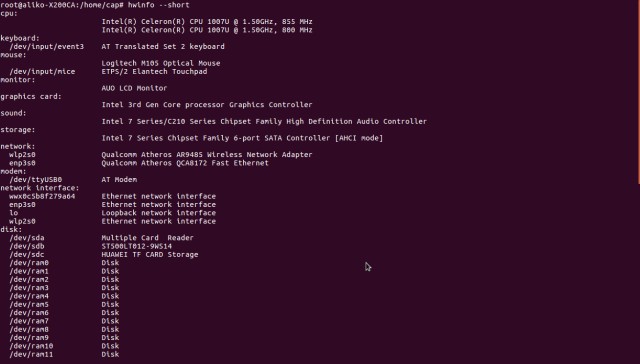 So far, hwinfo is the most complete utility to enable you see the detail of Ubuntu hardware info. However, it’s not installed by default so you have to install it first. Type the following command to install.

Once installed, you can start using it by typing the hwinfo command in the terminal. Like lshw, hwinfo also has a complex display. You can also use the short command to make it simple.

lspci is a simple tool with a complete enough feature. With a single command you can some outputs regarding your Ubuntu device info including CPU, GPU, audio, networks and USB controller and more. lspci is a built in tool so you can use it immediately.

If you wondering what hardwares connected to your computer via the USB slots, you can use this tool. lspusb will displays all the connected hardwares with complete enough information. 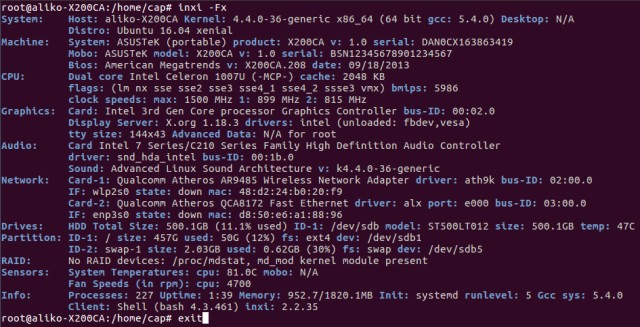 inxi has a complex feature similar to hwinfo. However, this tools is also unavailable by default so you have to install it first by typing the following command

Once installed, you can start using the tool by typing “inxi” on the terminal. By default, if you don’t type any additional option, you will only see a simple single line contains CPU info, kernel version, up time, hard disk capacity etc. In order to get more options, you can add the Fx option by typing the following command.

Or, you can see inxi’s manual by typing

Last but not least. neofetch is a nice utility that provides you complete enough information regarding Ubuntu hardware info. It has a sleek display among the others. This tools is also unavailable by default so you have to install it first. Follow the steps below to install neofetch on your Ubuntu

Once installed, you can start use the tool by simply typing the following command on your terminal