Key Difference Between InDesign and Illustrator That You Need to Know 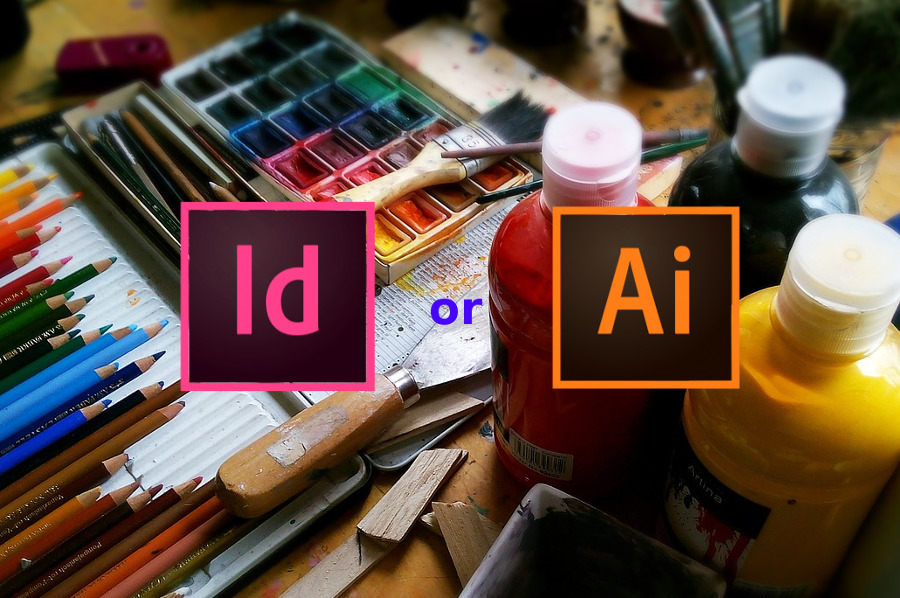 Probably, the case is the same as iPhone and iPad. There is no one who forbid you from using iPhone to read an e-book. But, it would so much nicer to read your e-book on iPad. Better screen, better experience.

InDesign and Illustrator are both vector-based software, but they have a different functions. Adobe developed those two for a more specific tasks. Illustrator, as you have probably known, is a drawing tool. You can use it to create logos and digital arts. Some tools that have the same functionalities are CorelDRAW and Inkscape. InDesign is also a vector-based tool just like Illustrator, but the use of this tool rather for stuffs like brochure, flyer, magazine and so on. That is why this tool is called publishing tool instead of drawing tool. Microsoft Office Publisher and Scribus are the examples of InDesign competitors.

The use of InDesign

As I mentioned, InDesign is a vector-based tool, but the use of this tool is different to Illustrator. InDesign is a desktop publishing tool. This tool is widely used to create a layout of magazine, brochure and even newspaper. If you have a printed magazine at home, the layout of the magazine was probably created with InDesign. InDesign allows you to link text frames and import text directly from the text editor. You can also link external image to it. This means, any changes made to their individual source files will automatically update in your layout. Furthermore, InDesign also allows you to use XML tags to automate functions, this is useful especially when dealing with particularly complex multi-page text files.

You can use InDesign to bring together all of your artworks from Illustrator (and Photoshop) to create multiple page spreads and layouts. InDesign is the tool you need if you want to create a magazine or e-book layout.

The use of Illustrator

Actually, the name of this tool has told it all. Illustrator is the tool you can use to create digital arts like illustration of your favorite actresses. Illustrator is one of the world’s most popular drawing tool, other than CorelDRAW. Illustrator is also a vector-based tool. If you recently found a company logo with an amazing design, chances are the logo was created using Illustrator. Illustrator has a compatibility with Inkscape’s native format, SVG.

In some cases, you can also use Illustrator to create simple layouts that do not require numerous color-spaces. Illustrator has a bunch of nifty tools that give you great control over paths and strokes, as well as perspective grids to help you create depth-perception for more complex artwork. It is true that Illustrator also allows you to manipulate text and link to external artworks like InDesign, but these are not its primarily functions. The best use of Illustrator is for creating logos and digital arts, instead of magazine or brochure layouts.

Let's say you have just downloaded an AI file from the internet and want to edit it to make some modifications. Unfortunately, you have...
Read more
Photography

How to Use Photoshop for Free and Legal

Photoshop is the industry standard in the photo editing field. The vast majority of professional photo editors and photographers use this tool to work....
Read more
Software

Adobe's products are still the major options for those wanting to work on creative products. Be it graphic design, photograph or video. We have...
Read more
How To

Google Fonts is one of the reliable websites if you need a new font for the projects you are working on. There are hundreds...
Read more
Internet

Top 5 Awesome Tools and Software for Advertising and Creative Agencies

No matter what industry your business belongs to, you can always benefit from new technologies. There is a huge rise of SaaS tools on...
Read more