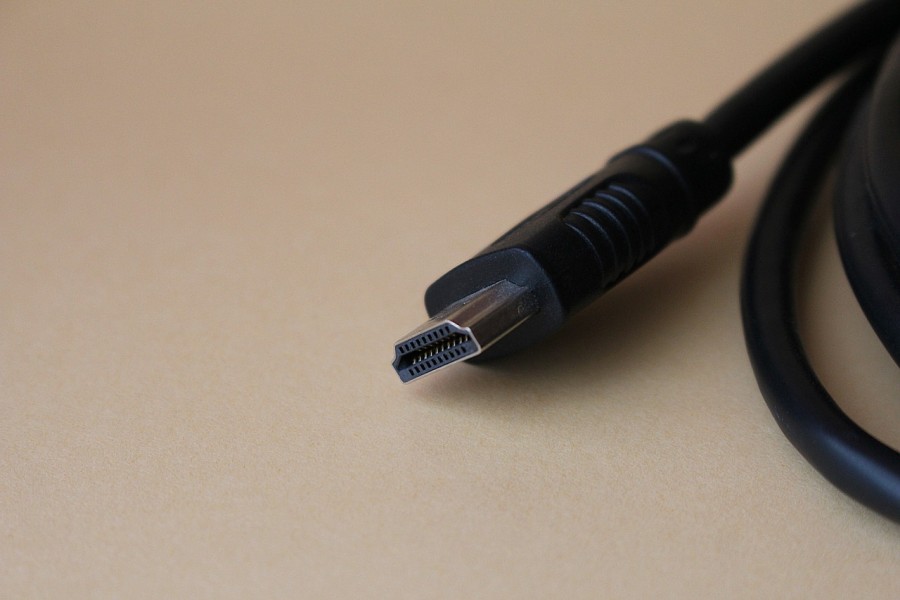 HDMI is becoming the common display interface on most computer monitors, alongside DisplayPort. You may think, which interface you should use?

Before answering the question, let’s dig some stories behind them.

The field fact shows that HDMI is more popular than DisplayPort. In addition to computer monitor, we can also easily find a HDMI port on types of devices from laptops, gaming consoles, DVD players, digital cameras and so on. Even some latest smartphone models also have a HDMI port. One of the reasons why HDMI tends to more popular than DisplayPort is because it has connectors in many sizes which allow device manufacturers to choose the one corresponding the device they develop.

On the other hand, DisplayPort was created primarily for computer displays. It was intended to be a replacement of VGA and DVI which previously became the common interface of computer display. Apart from connector size, other fundamental difference between HDMI and DisplayPort is the licence they have. HDMI is a proprietary interface. Device manufacturers have to pay a royalty if they want to add a HDMI interface into their products.

Following are four key differences between HDMI and DisplayPort.

HDMI is more flexible to adopt by manufacturers since its connector is divided into four different sizes: Type A (standard), Type C (mini), and Type D (micro).

In addition to three sizes above, there is also the fourth size: Type E, but it’s less common and typically used on automotive applications. Each HDMI size has 19 pins and they typically features a friction lock to keep the plug mated to the socket. The HDMI Type A is commonly found in larger devices such as laptops, gaming consoles and other types of devices that makes it possible to add a larger port, while HDMI Type D (the smallest one) in now being more common found in the latest smartphone models.

DisplayPort, on the other hand, consists only of two sizes: DisplayPort and Mini DisplayPort. The reason behind this is because — as mentioned above — DisplayPort is intended to replace VGA and DVI, which means you will find a DisplayPort port mostly on computer monitors. A DisplayPort connector itself has 20 pins. The official specs of DisplayPort connector requires no locking mechanism, but most manufacturers do offer the feature in order to prevent the connector from being disconnected accidentally. 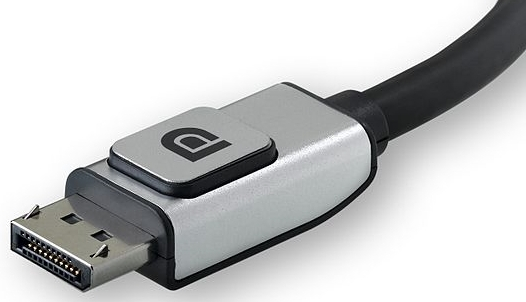 DisplayPort is also much simpler than HDMI in terms of cable since there is only a single type of cable, compared to four of HDMI. Each HDMI cable has a more specific use and choosing the wrong cable can cause technical issues such as visual and audio glitches, artifacts, and audio/video synchronization problems. Following are the types o HDMI cables:

Each HDMI cable type has an Audio Return Channel (ARC) feature that is capable of sending the audio from TV tuner in your HDTV back to your AV receiver. There is no requirement a HDMI should be made of certain material. Cable manufacturers can use any materials, but the most common cable material used on a HDMI cables is copper wire.

Meahwhile, the only type of DisplayPort cable is cabable of delivering enough bandwidth to carry video resolutions of up to 3840×2160 pixels at a refresh rate of 60Hz, and it supports all common 3D video formats. In addition, a DisplayPort cable also capable of carrying multichannel digital audio, but it can’t carry ethernet data.

Another key difference between HDMI can DisplayPort is their capabilities of handling video. DisplayPort is a better suited option if you are a designer or video editor who often work with multiple monitors. A single DisplayPort interface can support up to four monitors at 1920×1200 pixel resolution each, with each display receiving independent audio and video streams. But first you need to ensure that your GPU also support that sort of task.

Meanwhile, a HDMI interface can only handle a single video and audio stream, so you won’t able to use multiple displays from a single source with HDMI.

Both HDMI and DisplayPort are great in delivering visual contents (with an appropriate display). They both basically was built with different projections. HDMI was primarily developed for consumer-electronics devices such as gaming consoles, DVD players, TVs and so on, while DisplayPort was developed with main purpose of replacing VGA. In other words, DisplayPort was designed to be the ultimate display interface for computers. Unfortunately, the vast majority of computer manufacturers tend to think that HDMI is enough, especially manufacturers that build consumer laptops.

5 Best 5K and 8K Monitors for Gaming and Editing

How to Calibrate Monitor in Windows 10