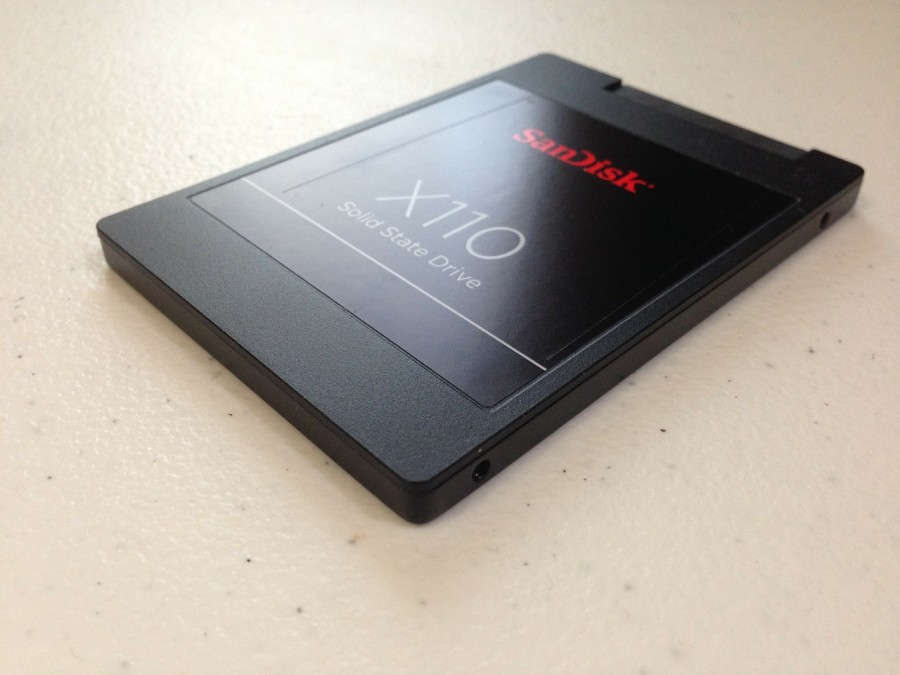 HDD has long been a major storage medium of computer system. IBM was the firm that brought HDD to the world in 1956. SSD, on the other hand, is basically not a new technology, but the adoption of the storage technology just began to popular within the past few years.

Big question: What is the difference between SSD and HDD?

The biggest difference between SSD and HDD is the components they have. SSD is much like USB flash drive in terms of component, which has no moving parts. Data is stored in microchips. That is why an SSD typically results no noisy voice when operate. HDD, on the other hand, relies on platter to store data. Platter is the moving part of a HDD. That is why you will find the word of RPM (Revolutions per Minute) when you read a HDD specifications.

Those differences are just the beginning. There are several other things that differentiate SSD and HDD. Below are more detailed differences between the two storage types.

As mentioned earlier, one of the biggest differences between a SSD and HDD is the storage component they use. SSD uses embedded processor to store data. The embedded processor used in SSD is called controller. This component plays a role to perform several tasks related to reading and writing data. Controller is the vital component of SSD that determines the speed of an SSD. The controller technology determines the overall quality of an SSD. One of the examples of SSD controller is SandForce SATA 3.0 that supports burst speeds up to 550MB/s read and write speeds.

When it comes to storage capacity, HDD is still one step ahead. It’s an usual thing to see a HDD with a terabyte storage capacity. Typically, the storage capacity of a SSD is not larger than 1TB, although there are some SSD models that offer 1TB storage capacity like Samsung T5 Portable SSD. However, it’s not common. Most SSDs available in the market offer less than 1TB.

Conversely, HDD is still the best option if you want to store something long-term or store large files. It’s not unusual thing to see a HDD that offers terabyte storage capacity.

Again, the moving part of HDD is the weakness in terms of durability. In fact, the most common HDD damage cases is in this component. Since SSD has no moving parts, a damage with the same case never existed. In other word, it can be said that SSD has a longer lifespan than HDD. However, there are many possibilities that can cause a SSD damage (also HDD). This is just an example.

It takes a little more power to move the platter inside a HDD. That is why a HDD typically consumes more power than SSD. On average, a HDD consumes between 6 – 7 watts, while SSD consumes only 2 – 3 watts. When it comes to laptop, the lesser power consumption of SSD can give about 30 minutes extra battery life.

So which one is the better?

From the explanations in 5 points above, it’s easy to conclude that SSD is better than HDD. Is that right?

Well, it all basically depends on individual needs. It’s true that technically a SSD is better than HDD, but there are a bunch of other aspects you need to consider. A SSD is typically more expensive than HDD. Also, SSD is not recommended if you are looking to use your drive as a backup medium. Conversely, if performance is your first consideration, regardless its price, then SSD is the way to go.

How to Format an External Hard Drive for Mac And PC: All You Need to Know