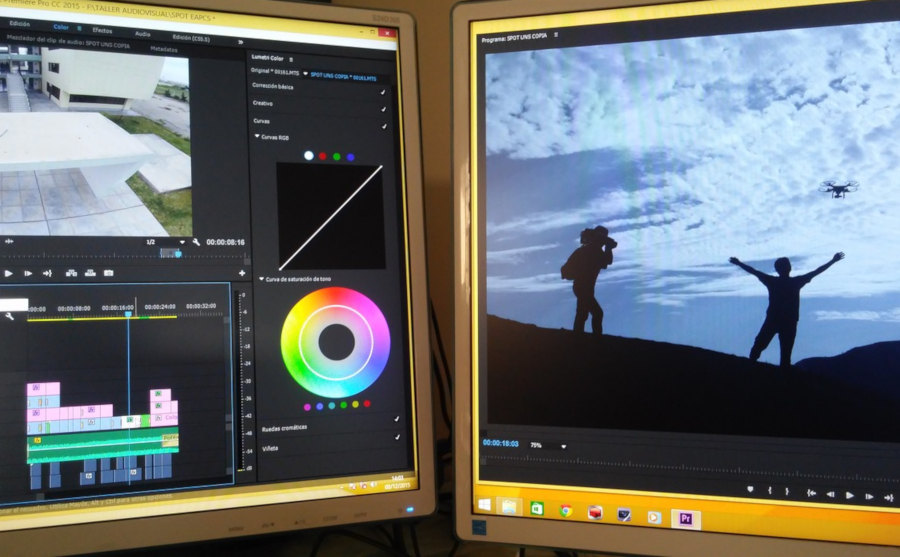 Adobe Premiere is second to none when it comes to video editing. But, everyone also knows that it is not a free tool and not all people can afford it. If you want to edit video for fun instead of commercial purpose then you might need a free alternative to Adobe Premiere.

If you are a Windows 10 user (or Windows in general), there are a bunch of free video editing tools you can use to replace Adobe Premiere. From a simple video editor with fewer features to a fully featured tool. Previously, Windows offered a free video editing tool Windows Movie Maker and it was available as a default app. But, the tool has been discontinued in 2017. 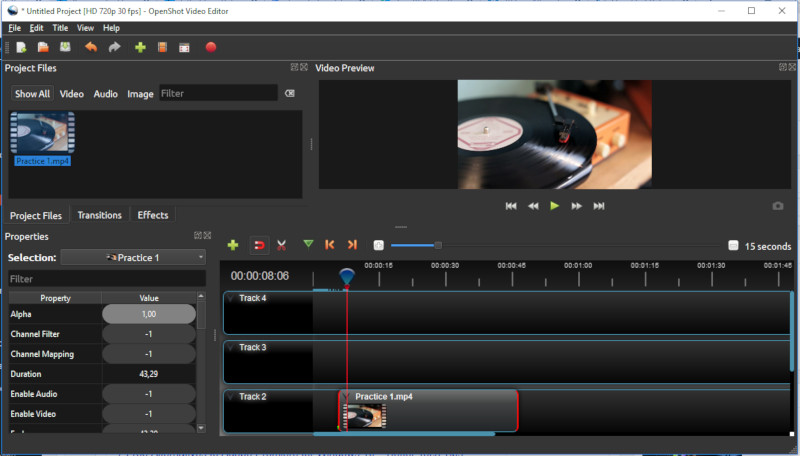 OpenShot is a popular video editing tool in the Linux community. It is one of the best open source video editors with lots of features you can use to create a professional video project. OpenShot itself is a cross-platform software. In addition to Linux, this software is also available for Windows and Mac. OpenShot is feature-rich. You can apply certain adjustments to a single clip before blending it with other clips on the current video project. Like removing the audio, adding special effect, applying the transition and so on. They way OpenShot works is not different to other video editing tool. You can add the video files as well as supporting materials like audios and images to the tracks. OpeShot supports a wide range of video formats. 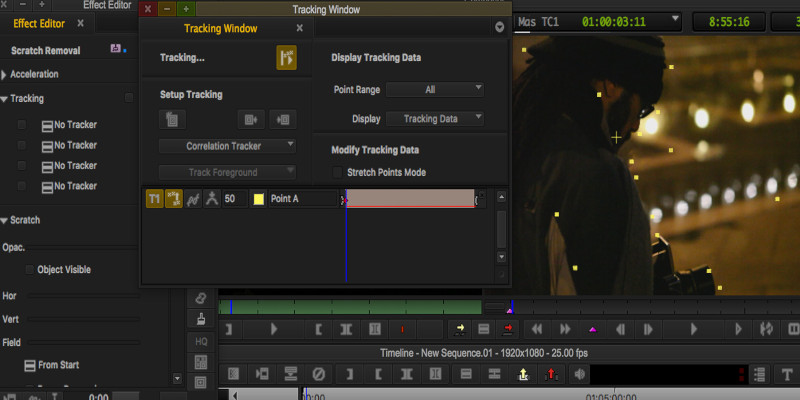 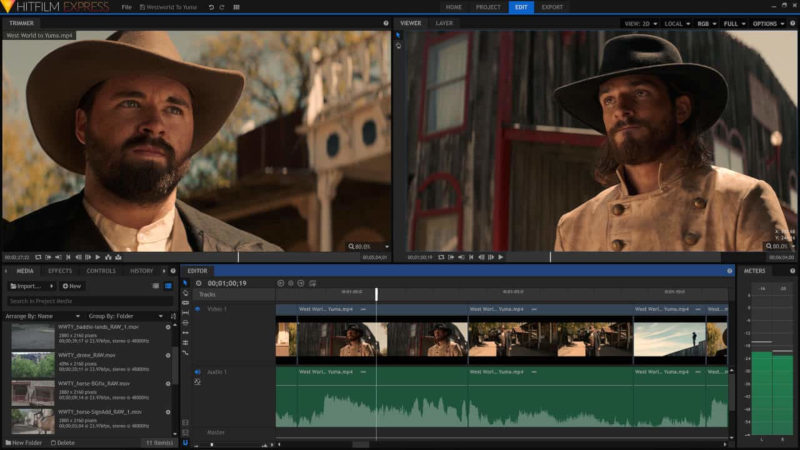 HitFilm Express is a professional grade video editing tool and you can use it for free. It supports lots of video formats including MP4, H.264, AVCHD, QuickTime Import, AVI and so on. You can use this video editor to create effects like Iron Man’s heads-up display or stunning effects you see on the Star Wars movies. According to an introduction on its official site, HitFilm Express has been used by more than 3.5 million filmmakers. There are over 410 video effects and presets offered by this tool and you can add unlimited tracks and transitions. HitFilm Express is available for Windows and Mac. HitFilm Express also features a large number of advanced animation tools. 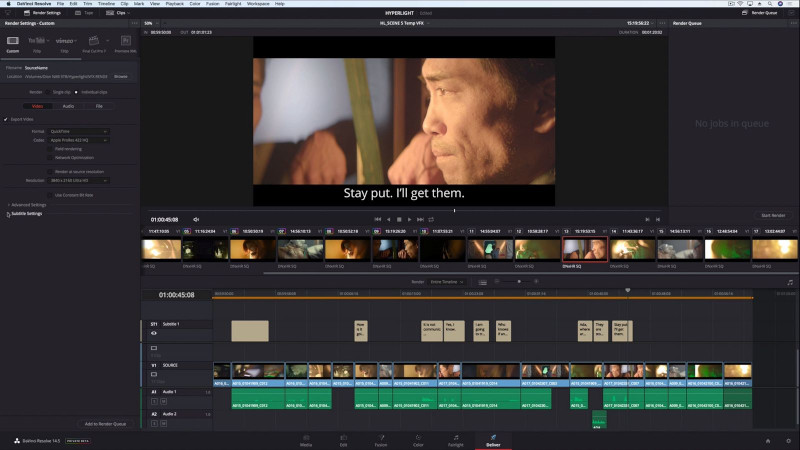 DaVinci Resolve is a video editing tool developed by Blackmagic Design, an Australian digital cinema company and manufacturer. The DaVinci Resolve video editing tool is available in two versions: free version and paid version. The free version of this tool is available for Windows, Mac and and also Linux. This tool is tends ideal to edit a complex movie project. It has features like Color Correction and Fairlight Video. The DaVinci Resolve 15 features a new video playback engine with CPU and GPU optimizations, lower latency and faster UI refresh. The binary package of DaVinci Resolve is large enough. Almost 1GB. 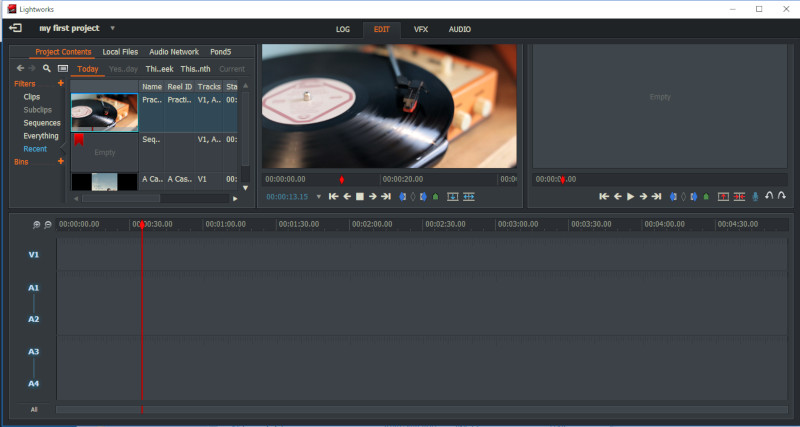 According to an intro on its official site, films like The Wolf of Wall Street, LA Confidential and Pulp Fiction were edited using this tool. Lightworks itself is a cross-platform video editing tool. It is available for Windows, Linux and Mac. This tool is also available in both free and paid version. Lightworks itself is an old player in the video editing too market as it has been around for over 25 years. Lightworks features a built-in color correction tool. You can use this tool to edit a complex movie project or videos for your YouTube channel or social media accounts. This tool supports 4K video. 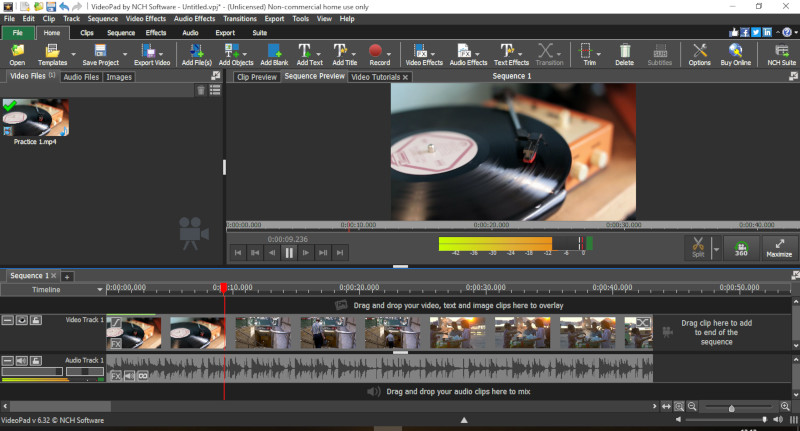 If you want to start a YouTube channel and need a video editor, VideoPad might is a suited tool for you. VideoPad is a cross-platform video editor (not available for Linux) which you can install on your Windows 10 computer. VideoPad is developed by NCH Software and released as a freemium tool. You can use this tool for free, but with fewer features than the paid version. This tool has features like audio editor and color adjustment tool. There are lots of video affects you can apply to your project. While you can use this video editor to merge some videos, you can also use it to perform basic video editing like trimming a video. 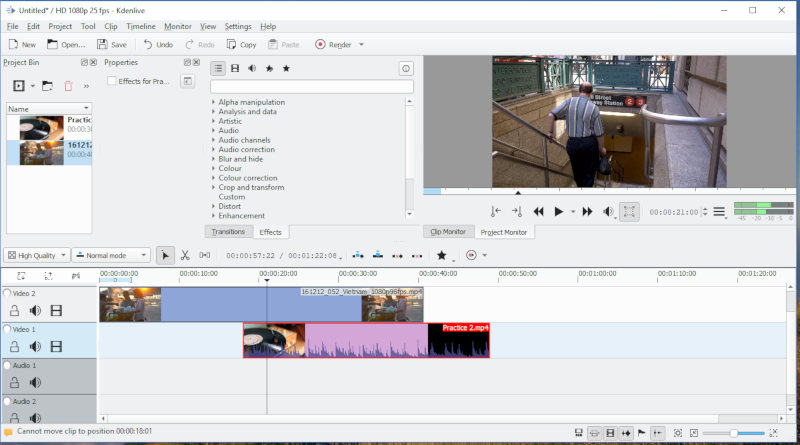 Kdenlive is an open source video editor like OpenShot. It was initiated by Jason Wood in 2002 and it is currently maintained by the KDE community. While this tool tends to more popular in the open source community (Linux in particular), you can also install Kdenlive on Windows 10. The way this tool works is also the same as other video editors above. You can add the clips and audios to the tracks to blend them together. Kdenlive also features lots of stunning effects you can apply to your videos. Kdenlive comes with an automatic backup feature. 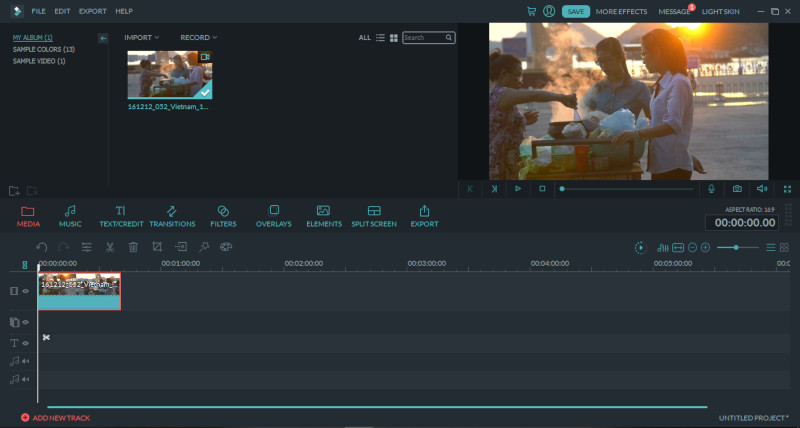 Filmora is a freemium video editor developed by Wondershare. It is probably is the best suited video editor on this list for vlogging. The base features of this video editor are not much different to other tools above where you can apply certain effects to a clip and add a stunning transitions between clips. But, it comes with unique feature that are not offered by the tools above. One of which, you can elements like emoji, hand drawn, badge and so on to your clips. You can also apply effects (much like Instagram’s effects) to your clips. Filmora allows you to export the edited video directly to YouTube and Vimeo. One thing you need to know before using this tool. Your video will have a Filmora watermark if you use the free version. 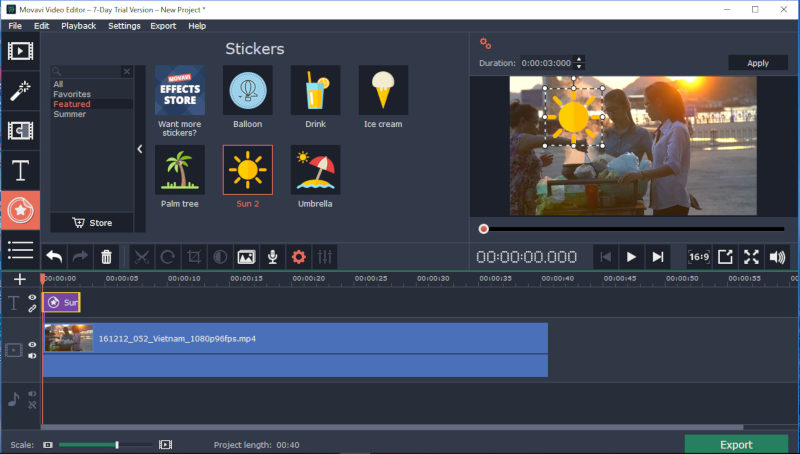 Movavi is another great video editor for vlogging. You can also install this tool on Windows 10. This tool is pretty similar to Filmora where you can apply video filters as well as adding unique elements like stickers and callouts. The business model adopted by Movavi is also same as Filmora. You can use it for free, but you need to buy the license if you want to export a watermark-free video.