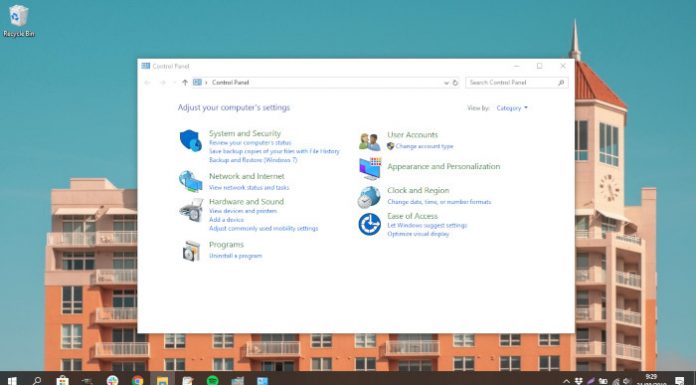 Some Windows users also tend to more convenient to perform administrative things via Control Panel instead of Windows Settings.

There are several ways to open Control Panel in Windows 10.

The search feature of Windows is pretty useful to help to find something on your computer. From setting locations, folders to files. In Windows 10, this feature is getting better and better. You can search for something with a more specific query. You can also open Control Panel via Windows Search.

Simply type “control panel” on the search box on the taskbar and click Control Panel once you find it.

Run is another handy feature of Windows to easily jump to a setting location or open a certain utility. However, it takes advanced Windows knowledge to use Run. To open Control Panel via Run, you type “control panel” on the Run dialog box and hit enter. Press Windows+R keys on the keyboard to open the Run dialog box.

4. Open Control Panel in Windows 10 via Command Prompt and PowerShell