How to Record Windows 10 Screen without Installing Additional App 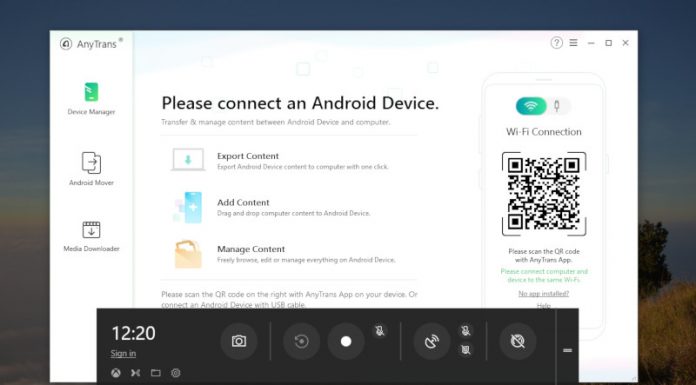 There are a bunch of screen recorder apps out there to record your Windows 10 screen. But, did you know that Windows 10 has a built-in feature to record the screen? The feature is Xbox Game Bar.

Xbox Gamer Bar is basically designed to allow users to stream and record Xbox games. But, you can also use it to record the screens of non-game apps. Xbox Game Bar will recognize the currently active screen (window) as a game even if it’s technically not a game.

Before being able to use Xbox Game Bar, you need to make sure that this feature is enabled on your Windows 10 system. To do so, open the Windows Settings by clicking the gear icon on the start menu.

If you find this feature is enabled, turn it on by sliding the button.

You can now start recording the screen. Open the window of the app you want to record and press the Windows+G keys on the keyboard. In the first use of Xbox Game Bar, you might see the following dialog.

Tick Yes, this is a game to continue. You will then see the Xbox Game Bar overlay on the screen. Click the record button (Windows+Alt+R) to start recording.

If you want, you can also record the audio from your microphone by ticking the Record mic checkbox. To stop the record, click the stop button on the floating bar.

Xbox Game Bar stores your footage to the Captures folder under the Videos folder on your Windows 10 account (C:\Users\User Name\Videos\Captures).

By default, Xbox Game Bar records your screen in the Standard MP4 format with the frame rate of 30 fps. You can change this default format on the Gaming section on the Windows Settings. Click the Game DVR tab on the left panel and look for the Recorded video section.

If you want to capture game footage, make sure the Record in the background while I’m playing a game check box is selected.

Following are some of the keyboard shortcuts you can use in using the Xbox Game Bar feature on Windows 10.

Not all the time you need high volume but then comes the time when you need a complete boost in the volume so that...
Read more
Hardware

The Ring Light That Every Streamer Needs

YouTube is a lucrative side-hustle that can take your love for gaming from a hobby to a full-time job. With more people than ever...
Read more
Windows

How to Fix VPN Not Connecting on Windows 10? A complete guide step by step to resolve this issue. Follow the steps to restore connection on Windows 10.
Read more
Internet

A majority of the people have started working from home or remotely. Today, the rise in online communication has created virtual offices and classrooms...
Read more
Windows

The absence of cable makes a headset easier to carry around. It also looks more aesthetic when putting on. Most headphones available in the...
Read more