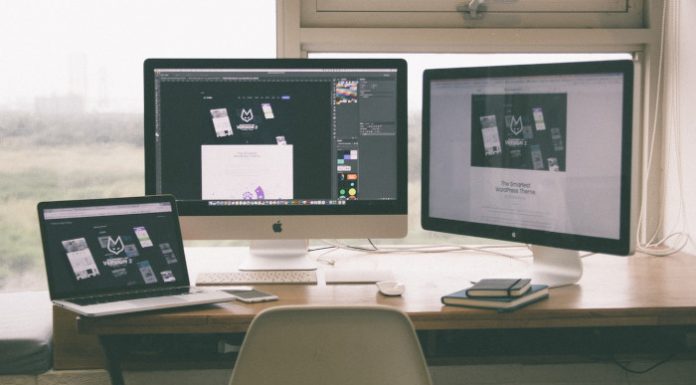 People often judge something from the outside look. When it comes to app, user interface and user experience (UI/UX) are the common parameters to judge whether an app is worth enough to use or not. Speaking of UI/UX, have you ever wondered what tool the design of the app you use is made of? If you use an iPhone or iPad, the answer might is Sketch.

Sketch is a popular design tool specifically aimed at creating the prototype of mobile apps. To use Sketch, you need to be a Mac user as Sketch is only available for Mac. If you are a Windows user and are looking for a design tool to create a prototype or UI design of the app you want to develop, you can use one of the Sketch alternatives from the list below. We have collected some of the best Sketch alternatives for Windows so you can keep working without needing to buy a new device. Here is the list.

The features offered by Figma are not much different from Sketch. It comes with an intuitive interface and the ability to add reusable components. Of course, it also supports vector editing. Figma itself can be used for free and you can post your design directly to Dribbble thanks to the native integration with Dribbble. Lastly, Figma allows you to edit a design file created with Sketch (.sketch)

If you love Adobe products like Photoshop or Illustrator then you will XD too. Unlike other design tools from Adobe, XD is designed specifically to create app prototypes just like Figma and Sketch. Adobe XD, just like other Adobe’s products, is available for Mac and Windows. Same as Figma, you can also use Adobe XD for free although with fewer features. No worries, the free version of Adobe XD also supports collaboration feature although you can only add one collaborator.

Vectr is a free vector editing software. Available as a web app and desktop app (for Windows and Linux). It is probably not the best alternative to Sketch as Vectr is not designed specifically at creating app prototypes. Even so, Vectr is capable enough to create UI design. It comes with a variety of customizable filters to create backgrounds, borders, and shadows. There are also vector paths like rectangle, rounded rectangle, circle, and line you can use to create the design UI design. The collaboration feature is also available on Vectr.

Whether you want to create a prototype of a desktop app or mobile app, Framer is another great tool you can use to replace Sketch. There is no native desktop app for Windows, but you can use the web version if you are a Windows user. Framer is a feature-rich prototyping, UI/UX design tool. There are a bunch of elements you can add to your design, including interaction elements like toggle, modal, rotate, scroll, and so on. You can also effortlessly add elements like button, checkbox, radio button, and so on as they are already provided by the app. Not only you can use Framer to create an app prototype for an iPhone or iPad, but you can also use it to create an app prototype for the web.

Framer is especially a great option if you want to make a switch from Figma or Sketch as the tool has the ability to edit designs created with Figma and Sketch. You can also use Framer for free, but limited to only 2 collaborators and 3 projects.

InVision Studio has a capability to open Sketch files so it’s a great alternative if you formerly used Sketch and want to make a switch to another alternative. InVision is also a great tool to create an app prototype or UI design. You can add an interactive element to your prototype. You can use InVision Studio to create an app prototype, whether desktop app or mobile app. It offers no specific elements like Framer above, but you can create ones yourself using the following tools:

The desktop app of InVision Studio is avaiable for Windows and macOS. You can use it for free if you don’t need the collaboration feature.

Moqups is another online design tool that you can use as a Sketch alternative. Moqups allows you to create four design types: wireframe, mockup, diagram, and prototype. It provides a bunch of ready-to-use elements to streamline your workflow like button, checkbox, date picker, image holder, selector, and so on. Same other tools above, Moqups also comes with a collaboration feature to allow you to work on designs with your team members. You can use Moqups for free, but limited to one project and can add only 20 objects.

Fluid UI is another great tool to create an app prototype. It is especially a great option to create an app prototype for smartphone and tablet devices. There are a bunch of premade elements you can add to your design so you don’t need to start from scratch. If you want to create a UI design for an iOS app, Fluid UI offers tons of icons you can add to your design. Fluid UI itself is a web-based app so you can use it no matter the operating system you use. Fluid UI can be used for free although — of course — with fewer features. The free version only allows you to have one active projects with the maximum of 10 pages.