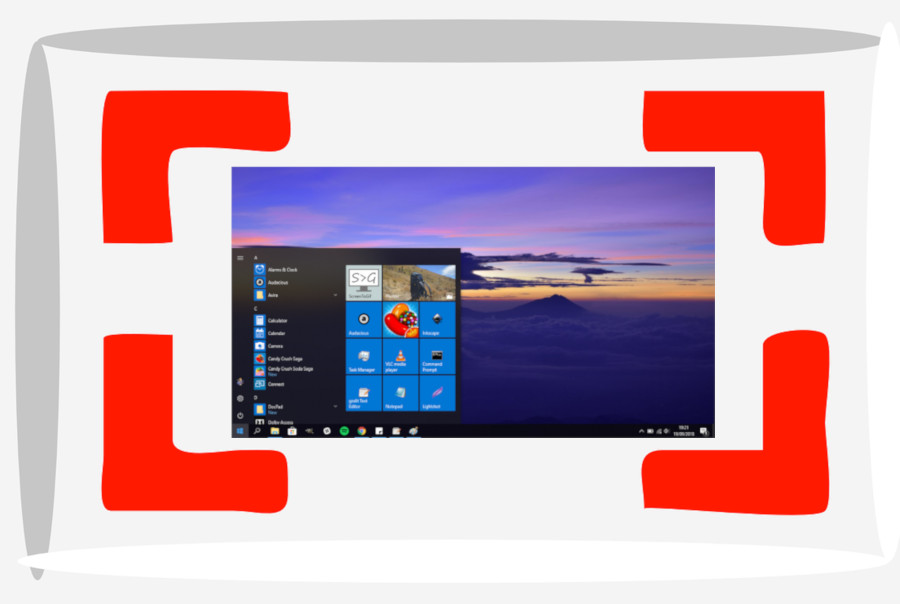 Windows 10 has several hidden features to take screenshots. There are at least 5 ways you can use to take screenshots in Windows 10 without installing any additional app. This is a good news if you often capture the screen of your laptop on your daily basis since you don’t need to install third party app.

Generally, you just need to press certain buttons on your keyboard to start taking a screenshot in Windows 10. The major downside of the built-in screenshot features offered by Windows 10 is that they don’t have the capability of annotating the screenshots you took. Some features also depend on an image editing tool to work.

Here are 5 ways you can use to take screenshots in Windows 10 without installing third party app.

Take a look at your computer keyboard right now and you should see a Print Screen key. Commonly, this key lies right next to the F12 key. Just like the name suggests, this key can be used to take screenshots in Windows 10, but it should be paired with an image editing tool. Windows has Paint, a simple image editing tool you can take advantage of.

To start taking a screenshot using Print Screen key, simply press this key and it will turn the current window into a pasetable image. You can paste the image into Paint (or other image editing tool you like) and save it as a PNG or JPG file.

The method above requires you to paste the image into an image editing tool before you can save it into PNG/JPG file. If you are lazy enough to do so, you can opt to this second method. Simply press Windows+Print Screen keys and Windows 10 will start capturing the screen. The screenshot will be saved in Screenshots folder under the Pictures folder on your account.

The major downside of two methods above is that you can’t select certain region of the screen as they will take fullscreen screenshots. If you want to capture selected area of the screen, you can use this method. Press Windows+Shift+S keys and you will see your screen start blurry with a crosshair in the center area of the screen. Click-and-drag to select the area of which you want to take a screenshot and paste into Paint or an image editing tool you like. Yes, this method requires you to paste the image into an image editing before turning it into a PNG/JPG file.

Note: In order to use this feature, your computer must be updated to Creators Update.

Once you see the Xbox Game Bar like above, you can click the camera button on the bar or press Windows+Alt+Print Screen keys. The screenshot will be saved in the Captures folder under the Videos folder on your account.

Snipping Tool is a default screenshot app offered by Windows 10. It is a simple app that you can use to take screenshots of your Windows 10 screen. You can find this app under the Windows Accessories folder on start menu. Snipping Tool offers four modes. You can select region, free form, window and full screen. It also offers a delay feature. Furthermore, Snipping Tool also has a feature to highlight certain area of the captured screen.