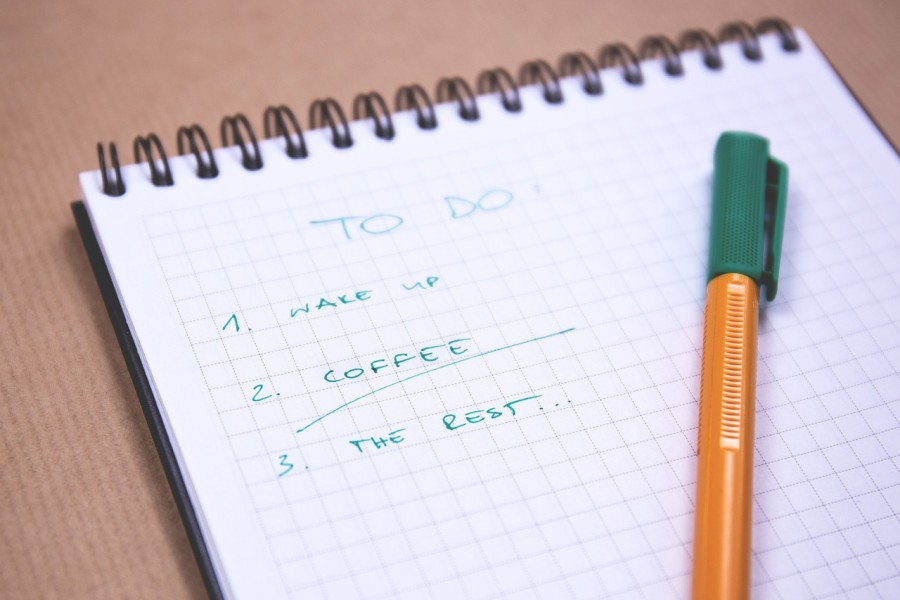 Project management tools like Trello and Asana have a feature to allow you creating lists of the tasks you have to get done, but they might too complex especially if you just need a to-do list app for personal use. There are simpler to-do list apps for Windows out there.

In case you didn’t know, Microsoft actually has an official to-do list app, Microsoft To-Do. It has a simple interface and doesn’t come with too much features. Something you will probably love if you really need a simple to-do list app. You can install it on your Windows computer for free.

In addition to Microsoft To-Do, there are several other simple to-do list apps which you can install on your Windows computer to help you organizing the lists of your tasks. Here they are. 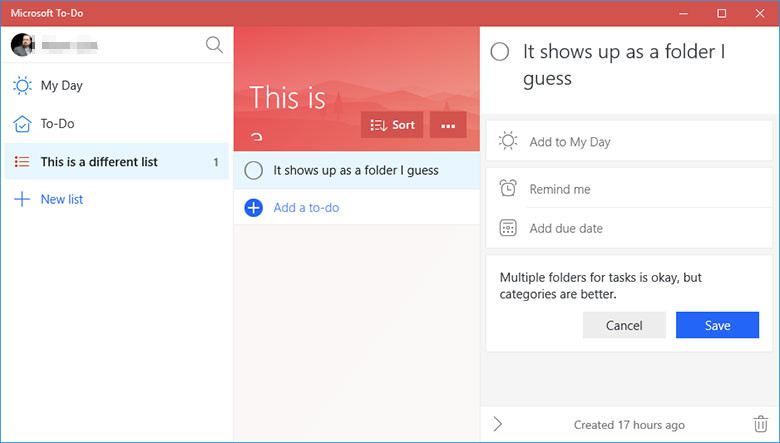 As mentioned, Microsoft has an official to-do list app. It’s Microsoft To-Do. This app has an extremely simple interface and features. It’s a great to-do list for a personal use. You can set the due date as well reminder on each task you add. Additionally, you can also add a note to remind you what is the task about. Microsoft To-Do comes with a list feature to allow you to organize the tasks you have. You can download this app on Microsoft Store. 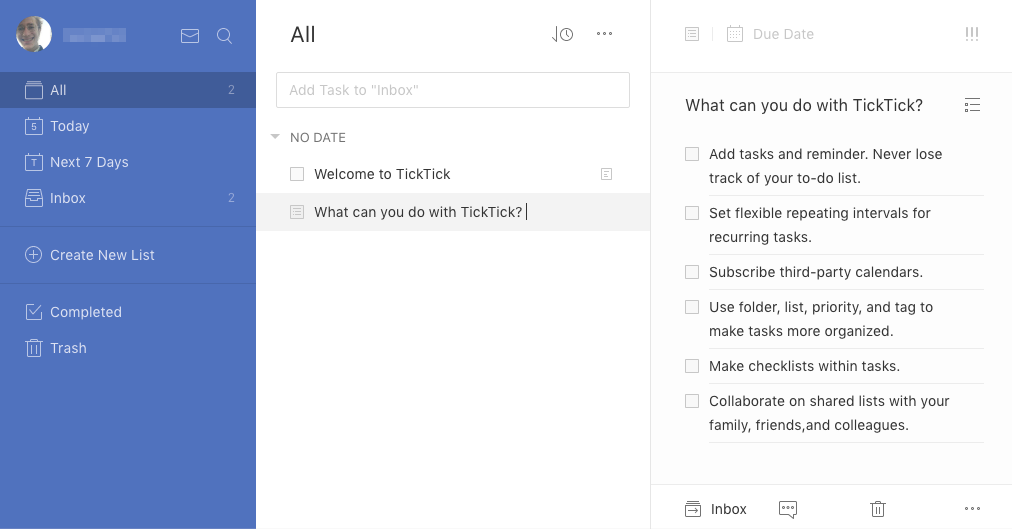 TickTick also offers a list feature to allow you to organize the tasks you have. Each list can has different color, which is useful enough if you have too many lists on TickTick. You can use the same color for certain lists with the same topic. While list is used to organize tasks, TickTick also allows you to create folders to organize the lists. Again, this feature is also useful if you have too many lists on TickTick. TickTick has more features than Microsoft To-Do. While you can you TickTick as a personal to-do list app, you can also use it as a collaboration tool since TickTick allows you to share lists with someone. TickTick provides an app for Windows. However, the TickTick app for Windows is a paid app, but you can use it for free during the 15-day trial period. 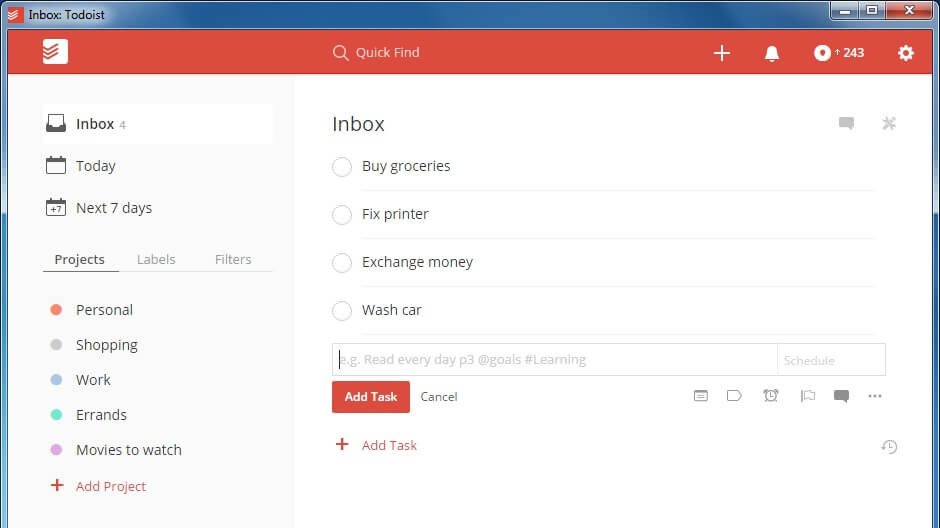 Todoist is also another to-do list app that provides an app for Windows. Unlike two tools above that use the feature of list to organize tasks, Todoist offers a features called project. In general, the features offered by Todoist are not much different to two tools above, but there is a feature offered by Todoist that is not offered by neither Microsoft To-Do nor TickTick. The feature is Karma. Karna is a Todoist feature that encourage you to get done more tasks. The more tasks you get done, the higher Karma score you will get. The Windows app of Todoist can be downloaded for free. 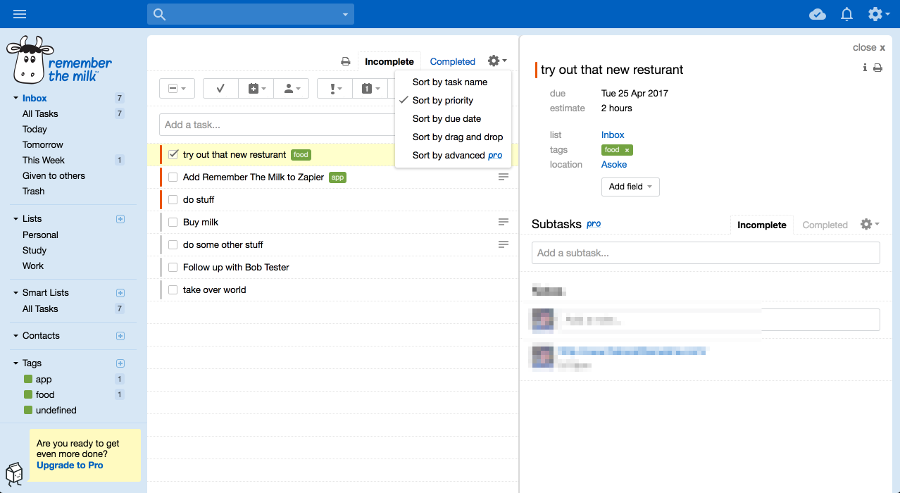 Last but not least, another simple to-do list app you can install on your Windows computer is Todo Cloud. This app also comes with a list feature to allow you to manage the tasks you have. There are lots of things you can add to your tasks with Todo Cloud. In addition to due date and reminder that became the standard features of to-do list app, you can also add comment, note as well as priority to your tasks. Apart from personal use, you can also use Todo Cloud as a collaboration tool. The Windows app of Todo Cloud can also be used for free.

The world today is no longer as it was five years back. There is rapid progress like work. Specifically, the pandemic sped up our...
Read more
WordPress

If you use the Divi theme to create your WordPress-based website, you have a visual builder -- called Divi Builder -- that you can...
Read more