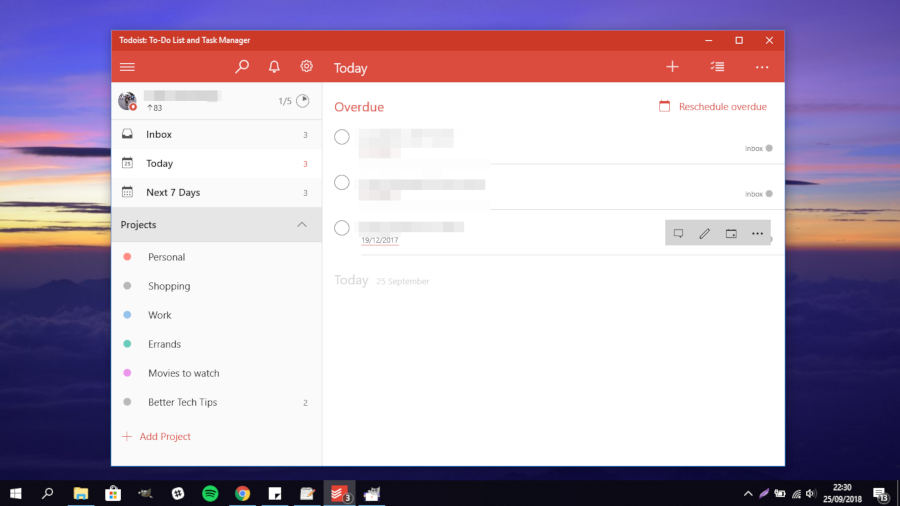 Windows 10 has no built-in app to allow you manage the tasks you have. You might can use Sticky Notes to list the tasks to do. But, it is not really a good solution if you have too many tasks to do. Sticky Notes has never been designed to be a to-do list app. You can even add a note to each task you have to do.

Microsoft actually has an official to-do list app, Microsoft To-Do, which you can use to manage the tasks you have better way rather than Sticky Notes. However, this app is not installed by default and you need to install it via Microsoft Store.

In addition to Microsoft To-Do, there are also helpful to-do do list apps developed by third party developers. Following are 5 best to-do list apps you can install on Windows 10. 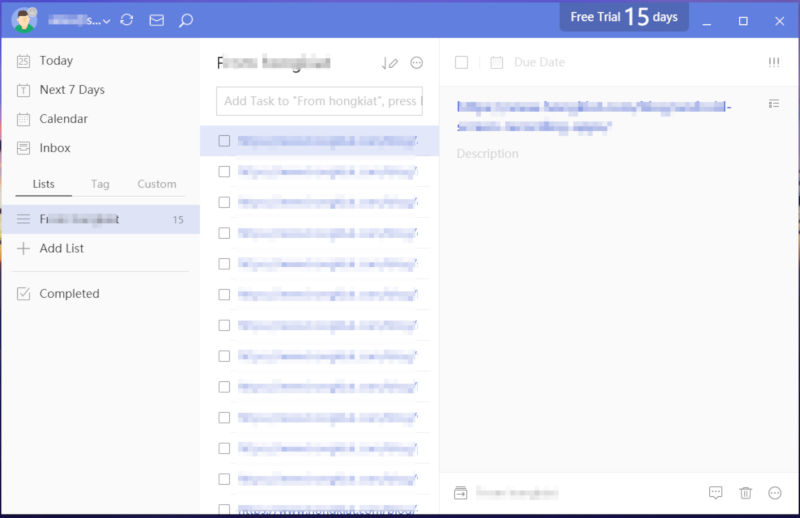 TickTick is a cloud-based to-do list app. Meaning that you can add new tasks via certain device and access them via another device thanks to sync feature. Nearly all platforms are supported by TickTick. From Android, iOS, Mac, Web and of course, Windows. It’s just, the TickTick app for Windows 10 is not available as a free app. At first, you can install and use TickTick for Windows 10 for free, but it only lasts for 15 days. Afterwards, you will need to upgrade to premium to continue using the app unless you have no problem of losing sync feature.

TickTick itself offers some features that allow you to manage the tasks you have. It offers colorful list. If you have too many lists already, you can also put them together into folders so your tasks will keep very well arranged. You can add such things as images, note, and PDF file to each task. In addition, you can also set the due-date of each task as well ass priority. The TickTick app for Windows 10 is distributed via binary file which you can download on its official site. 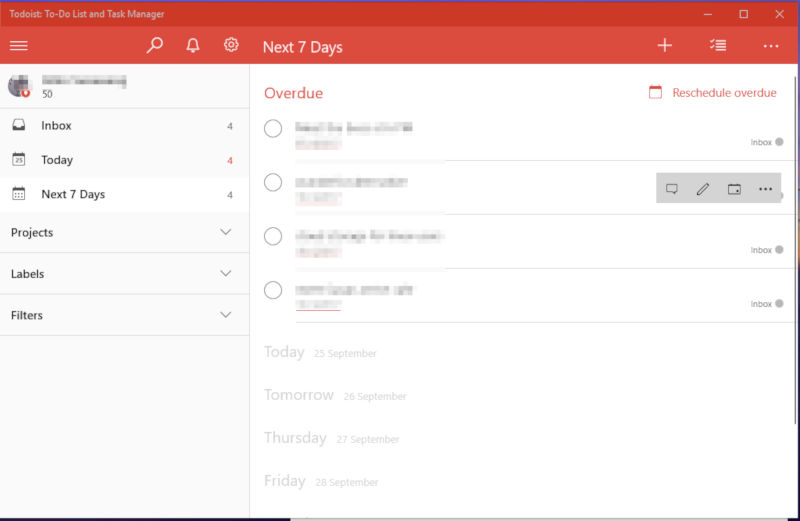 Todoist is one of the closest competitors of TickTick. The features offered by this to-do list app are not much different to TickTick. Unlike TickTick, the Todoist app for Windows 10 can be used for free. Todoist itself adopts a freemium business model. While you can use it for free, there are some features you can unlock by upgrading to premium. The Todoist app for Windows 10 is distributed via Microsoft Store.

Todoist also allows you to set the due-date as well as priority to each task, while the Project feature (similar to List in TickTick) allows you to put together tasks with the same topic. You can also actually add comment/note to each task to add more details regarding the associated task. However, this feature is only available for freemium version of Todoist. 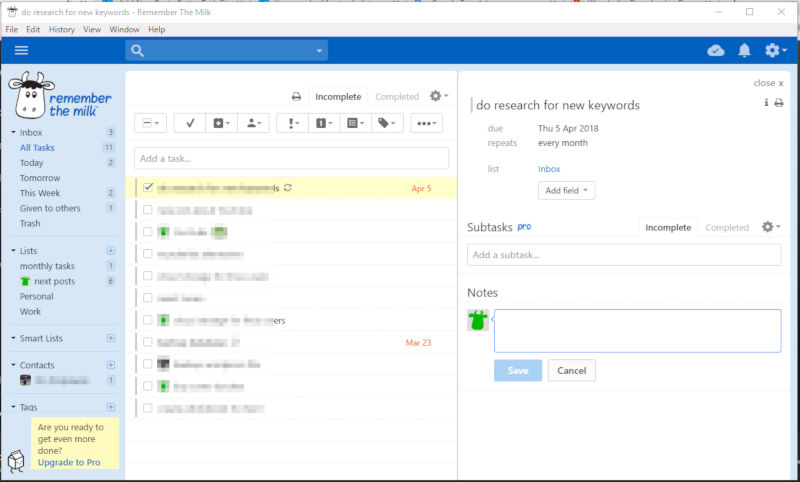 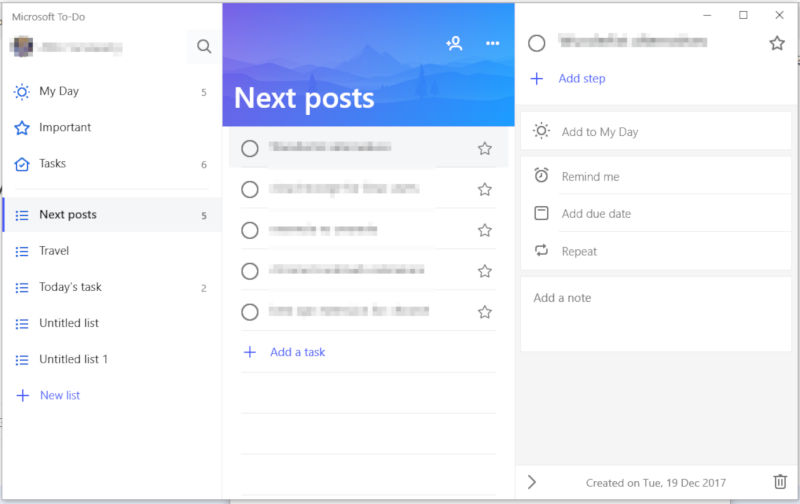 Microsoft To-Do itself is actually pretty cool. It has a clean interface and offers lots of features like reminder, due-date, collaboration and note. No file attachment feature offered by this app (at the time of writing). The best thing about Microsoft To-Do is that it is completely free to use. The downside of this app is that you are required to have a Microsoft account to use it. 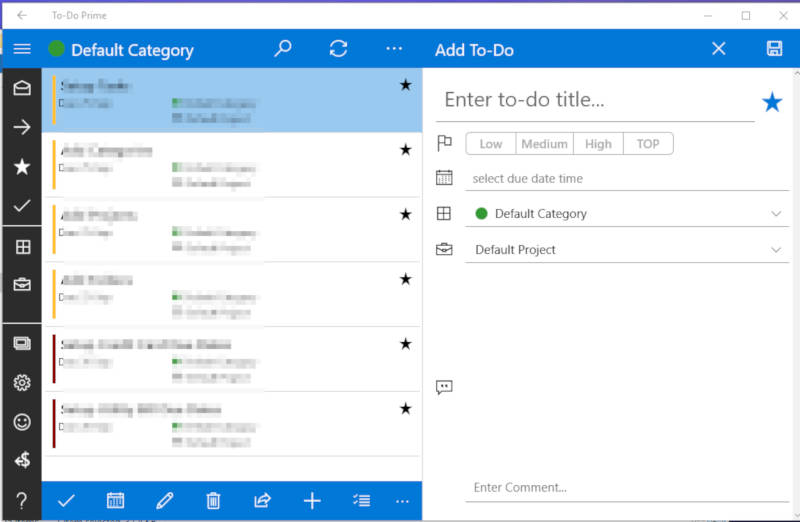 Unlike five first to-do list apps above, To-Do Prime doesn’t require you to have an account before being able to use. It is the best option if you are looking for an offline based to-do list app for Windows 10. To-Do Prime is developed exclusively for Windows. No other platforms are supported by this app. Although this app is designed to be an offline based to-do list app, sync feature is also available in case you want to access your tasks from other Windows devices. You can sync your tasks by login to your Microsoft account. The To-Do Prime app for Windows 10 is distributed via Microsoft Store. Features like list, due-date, priority and comment are available on To-Do Prime.