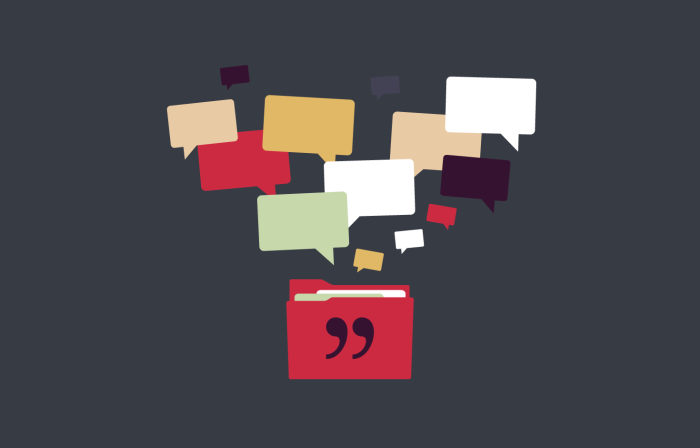 Having comments appear on a blog post is a worth gift for bloggers. It is an indicator that their articles have a value for readers. The problem is, inviting readers to leave a comment on a blog post is never that easy, only those who write frequently knowing this.

Nearly all blogging platforms, including WordPress, have a default comment system to allow readers interacting with their favorite bloggers by sharing their thoughts on the comment section.

In WordPress, you don’t have to set anything to enable your readers leave a comment. However, we have to admit that the default WordPress comment system is poor. It’s less safe and often be bombarded by annoying spam comments if we don’t install a CAPTCHA. To fix this issue, many bloggers eventually install a safer third party comment system. 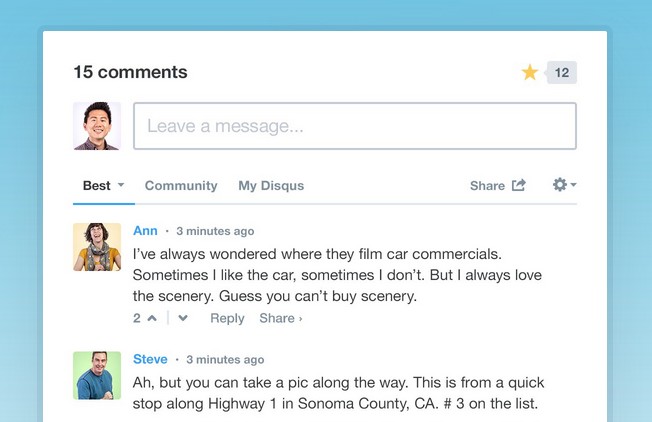 Disqus is the first thing to consider when you are thinking of third party comment system for your WordPress blog (or other platform). Disqus is the old player in this term and has been serving hundred thousands blogs and sites. One of the best things of this comment system is its capability to import and export comments from other platforms. This will be useful when you — for a specific reason — have to migrate from or to Disqus.

Disqus is also not limited for a specific social media platform like Facebook comment system or Google+’s. If you didn’t have a Disqus account, you can leave a comment by signing in from several social medias such as Twitter, Facebook and Google. Your readers will also be able to upload a photo (stored in Disqus’s server, not your hosting). They can also involved in a conservation by mentioning each other. If your blog has thousands of visitors, you can also monetize your blog with Disqus by displaying native ads.

Some of useful Disqus features include: 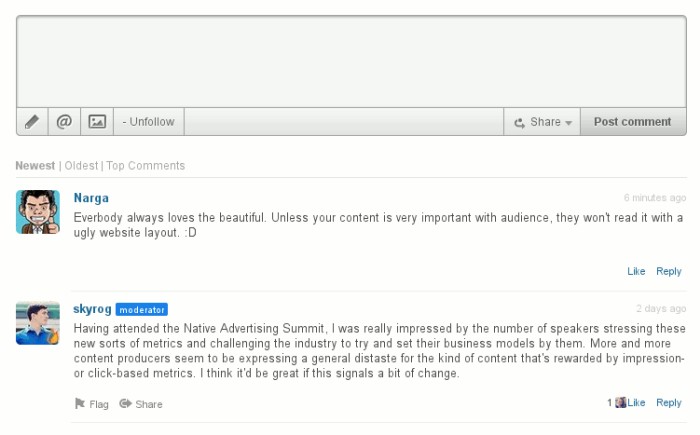 Meet the biggest competitor of Disqus; Livefyre. This comment system has similar features to Disqus. Users from various social media platforms can also commenting without having to create a Liveryre account first. They also have the capability to upload image while commenting.

Livefyre is also an old player in the comment system market. It’s introduced in 2009 (younger than Disqus that was launched in 2007). In May 2016 Livefyre has been bought by Adobe Systems. Adobe has a plan to make Livefyre to be more focused on enterprise level customers. But you still be able to use its free commenting system to built your community.

Some of useful Livefyre features include: 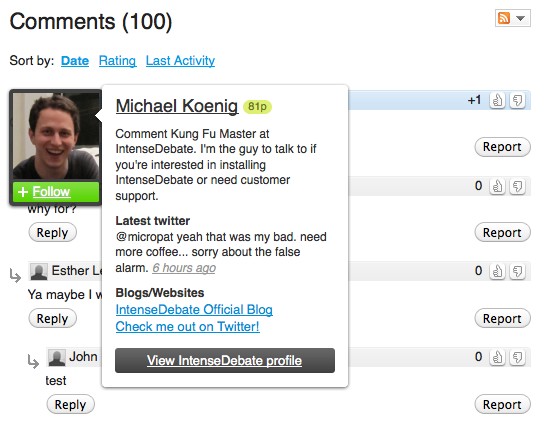 Last but not least. IntenseDebate Comment System is another comment system that you can use to build strong community in your WordPress blog. This service is also not limited to a specific social media platform so it’s a suitable one if you hate the concept of monopoly practice. IntenseDebate Comment System also comes with a number of features to pamper your readers and have them keep in touch with your articles via notifications.

One of the IntenseDebate Comment System interesting features is Reputation Points to allow your readers rewarding well-thought and constructive comments with points and have them appear on top of others less quality comments.

Some of useful Livefyre features include: